Central California has numerous sights and activities to offer travelers, but it suffers a bit from middle child syndrome. With the region including San Francisco, Oakland, and San Jose to the north and Los Angeles to the south, travelers sometimes overlook the fact that Central California has a lot to offer as well. The area is less crowded with tourists than those it’s sandwiched in between, which is just one of the rewards travelers can expect when they choose to investigate its towns and attractions.

The City of Monterey

Monterey is a town inextricably linked with the ocean, as evidenced by its breathtaking aquarium that overlooks the Monterey Bay National Marine Sanctuary. The sea and aquarium serve an important role in protecting marine life such as dolphins, sea lions, seals, and whales.

Many restored adobe buildings exist in Monterey that pay homage to the area’s strong Mexican and Spanish periods. A visit here can make a nice alternative to Cannery Row and Fisherman’s Wharf that are often very crowded with tourists.

The city of Pismo is home to Shell Beach. Here travelers can see one of the most gorgeous coastlines in all of California. It contains rock formations known as Dinosaur Cover that attracts photographers and adventure-seekers all year long. People also come to Shell Beach to launch their stand-up paddleboards and sea kayaks. Those who don’t have a kayak of their own can rent one. Guided tours of the sea caves are also available. 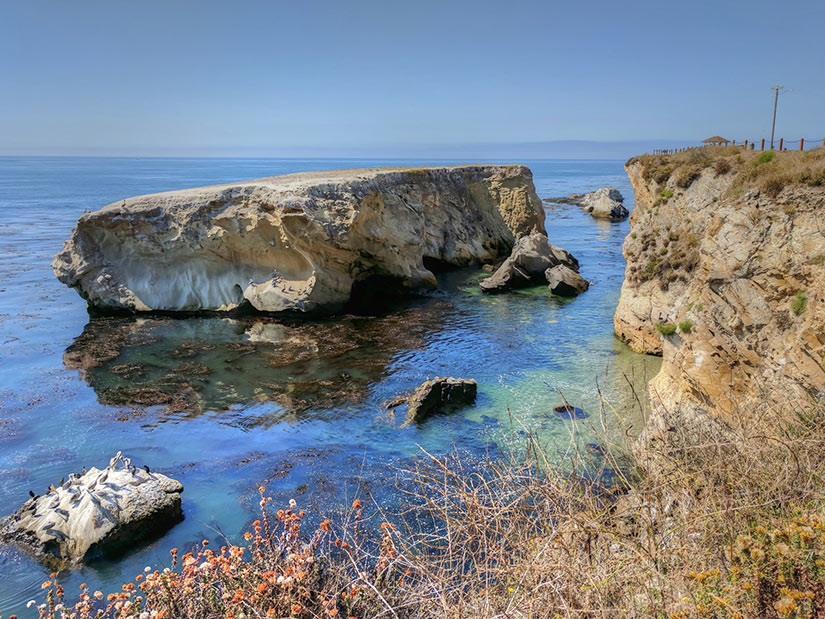 Established in 1902 and located in the city of Boulder Creek, the Big Basins Redwood is the oldest state park in all of California. It boasts 18,000 acres of redwood forest created from old growth. The elevation reaches as high as 2,000 feet due to the numerous number of water falls. Several wild animal species live here. The park offers year-round hiking trails, camps, mountain bike trails, and much more for the active outdoor enthusiast.

Wine enthusiasts will enjoy the opportunity to tour several wineries in Santa Barbara wine country. This includes the cities of Buellton, Goleta, Lompoc Valley, Los Olivos, Santa Barbara, Santa Maria Valley, Santa Ynez Valley, and Solvang. When taking a tour bus of the area, travelers can request specific wineries to visit or allow the tour staff to recommend their favorites.

Section of Highway 1 Closed All Summer

Travelers who plan to hit the Big Sur area should know that a section of Highway 1 will remain closed until September of 2018. It’s a good idea for people to plan alternate routes to their destination, such as booking a flight directly to Monterey or Carmel-by-the-Sea. A non-hub airport operates out of Monterey, which means that the major airports don’t use it to consolidate passenger traffic. Four major airlines offer charter flights to nearby cities, including those affected by the highway closure.

This is just a small sampling of what is available to travelers visiting the Central Coast of California. It has a personality all its own that a person needs to experience to understand.