Not so long ago, dating usually involved meeting somebody face to face, usually through a mutual friend, and gradually getting to know one another. Information was revealed slowly, including whether the other person was unattached and interested. Of course, newspaper ‘lonely hearts’ ads have been around for ages, but these usually have minimal details – the equivalent of a printed chat-up line that would hopefully lead to a traditional first date.

With online dating, the process is in many ways reversed. We often know many intimate details about a person, sometimes including their bedroom preferences, before we’ve met them or even learnt their real name. We know what they’re into and we’ve seen pictures of them, possibly revealing more of their body than we would expect to see after even a second or third ‘real world’ date back in the old days. We might find ourselves hanging out and flirting on social media or sending texts (not to mention those intimate photos) on our cellphones for weeks or even months before actually meeting. 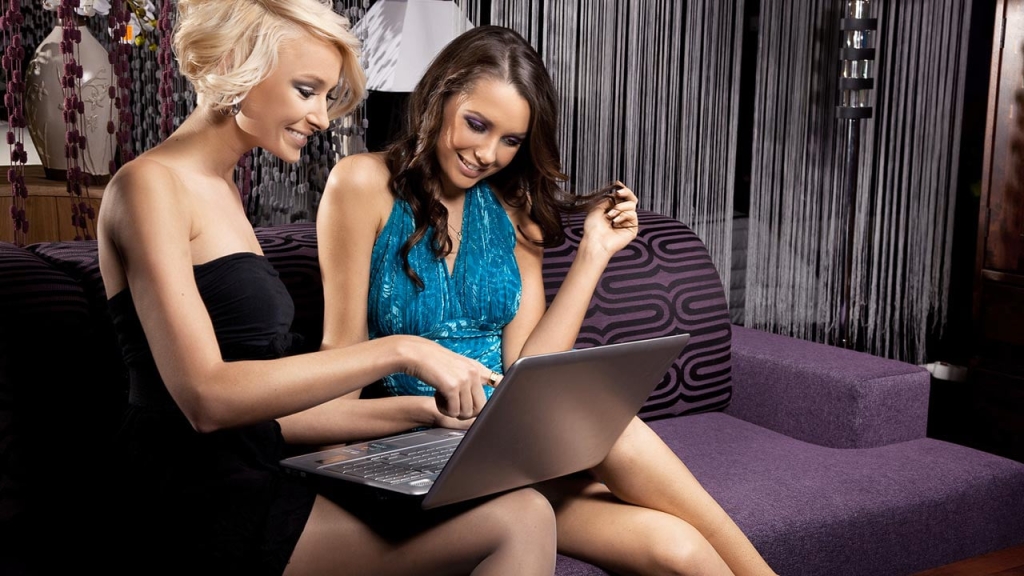 All of this can sometimes feel a little uncomfortable. Online daters over 40 have two related problems. One is that they are old enough to remember how meeting someone used to be done, and can have difficulty adapting to dating in the digital age. The other is the age-old problem of meeting new people and selling yourself when you’re well past the point when your peers have settled down and are raising families. In fact, the chances are you’ve already done that yourself. You come with a lifetime of baggage, which needn’t be a bad thing. But online you’re suddenly part of a bewilderingly wide dating pool filled with hot bods and lively youngsters. It’s almost enough to make any grown adult want to draw the curtains, turn off the modem and resign themselves to monastic solitude for the rest of their days.

Modern dating sites pair up potential couples using increasingly sophisticated algorithms that assess your compatibility based on the information you’ve given. Sometimes the results can be surprising. For one thing, people are often not quite as they seem online. For another, a computer’s idea of your compatibility may be quite different from your own, especially if you have a wide range of interests that perhaps are not typical for your age group.

One of the main perils of online dating is that of seeming to be trying too hard and then not being able to follow up. Women are bored with endless men posting shirtless selfies who then have nothing to say for themselves in an email, and worse still can’t even be grammatically correct while they’re not saying it. Men in turn are often exhausted before they even meet a woman who claims to be into a bewildering array of sports, exercise regimes and strenuous outdoor physical activities. How will they ever find time to cuddle up on the sofa and watch a movie?

Another more seriously hazardous peril is what is known as the single Baltic lady scam. You may have noticed many Internet ads popping up, claiming to represent a near-unlimited supply of women from countries such as Estonia, Latvia, Poland and the Ukraine, who are all desperately looking for love. Unfortunately, once these have been fact checked, it will turn out that they are almost all fraudulent. Email one of these single Baltic ladies back and chances are you’ll receive a generic reply created by an autobot on behalf of a seasoned and unscrupulous Internet scammer. You will also probably be asked to send money so that your beautiful online date can fly over to visit you at the earliest opportunity. Needless to say, never send money or bank details to an Internet date you’ve never met; you’ll never see them or the contents of your bank account again.

It’s important to note that many successful relationships and enjoyable dates have also emerged from online dating. The stigma attached to using such sites has more or less vanished, with over 91 million people worldwide using dating apps at the start of 2016. The majority of Americans now believe that online dating is a good way to meet, and despite the perils described above, the evidence backs this up. With our busy, fast-moving lives that now involve a significant and increasing amount of time spent online, digital dating is practical, efficient, and perhaps most importantly, fun. Getting to know someone through social media and texts before meeting them physically also increases safety. Despite the perils, online dating is still a great way to meet new people, one of whom may turn out to be the love of your life.