As the original ‘rule breaking’ fair trade wholesaler, Traidcraft is proudly committing two of its single origin coffee blends to the Transparency Pledge, as well as launching its own Transparent Organic Coffee. Through this move, the brand has proposed a challenge to the unresolved issue of the staggeringly low commodity price of coffee, which is driving many farmers and their families into financial turmoil.

Traidcraft are defying branding norms by publishing exactly how much farmers are paid, how much goes into shipping, roasting and packing and how much profit the brand will make. Sarah Main from Traidcraft said “Coffee plants are being cleared on a massive scale and replaced by coca cultivation or other crops. The coffee industry has not yet found any effective answers to this catastrophic development; and so we’re urging our customers to think about how much their coffee really costs.’ 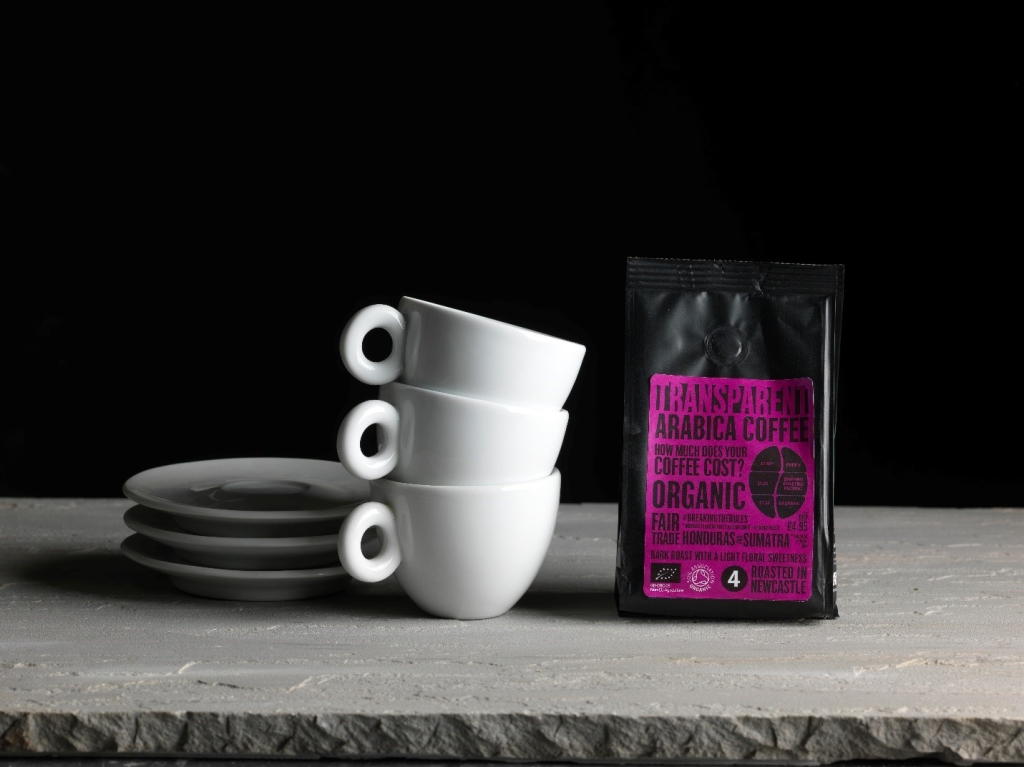 By committing to the pledge, Traidcraft is demonstrating its commitment to informing customers about the value of choosing both organic and fair trade goods. Through the launch of the Transparent Coffee, the brand is defying norms and taking a revolutionary stance, developing a product which is entirely honest and not afraid to disclose truths on the production of such a popular commodity.

Traidcraft is committed to supporting the livelihoods of its suppliers, and this product along with the pledge commitment are key indicators of how Traidcraft is dedicated to raising awareness. This embodies the key objective of the brand: to encourage consumers to be conscious of their purchasing habits.

Ringtons in Newcastle is roasting the impactful blend, keeping the process close to home for the Team Valley-based Traidcraft.