Have you ever dreamed of dropping out of modern life, and moving somewhere where life isn’t as busy?

If you’re wanting to escape from the hustle and bustle into largely uninhabited territories, and embrace the peace and quiet – then check out this selection of some of the UK’s most remote locations, offered by off grid gas supplier, Flogas: 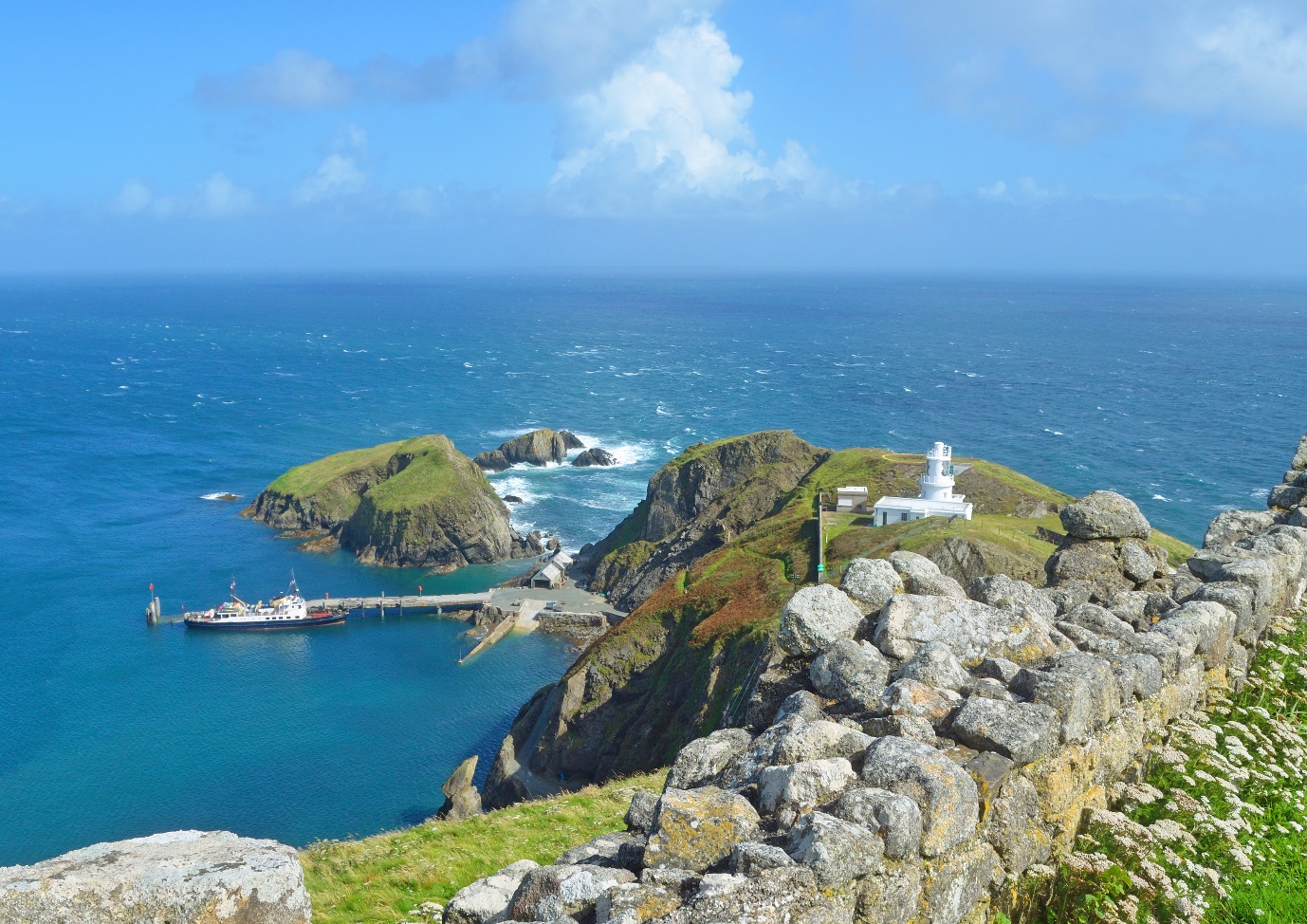 Named England’s first marine conservation zone in 2017, the wind swept Lundy Island is situated 12 miles off the coast of Devon.

With only one shop and one pub to explore, the National Trust owned Lundy Island is a soothing retreat from modern life.  Fortunately, there’s so much wildlife to seek out to make the most of the time — a variety of seabirds, grey seals, dolphins and even a basking shark or two can be viewed on or from the island on a given day. 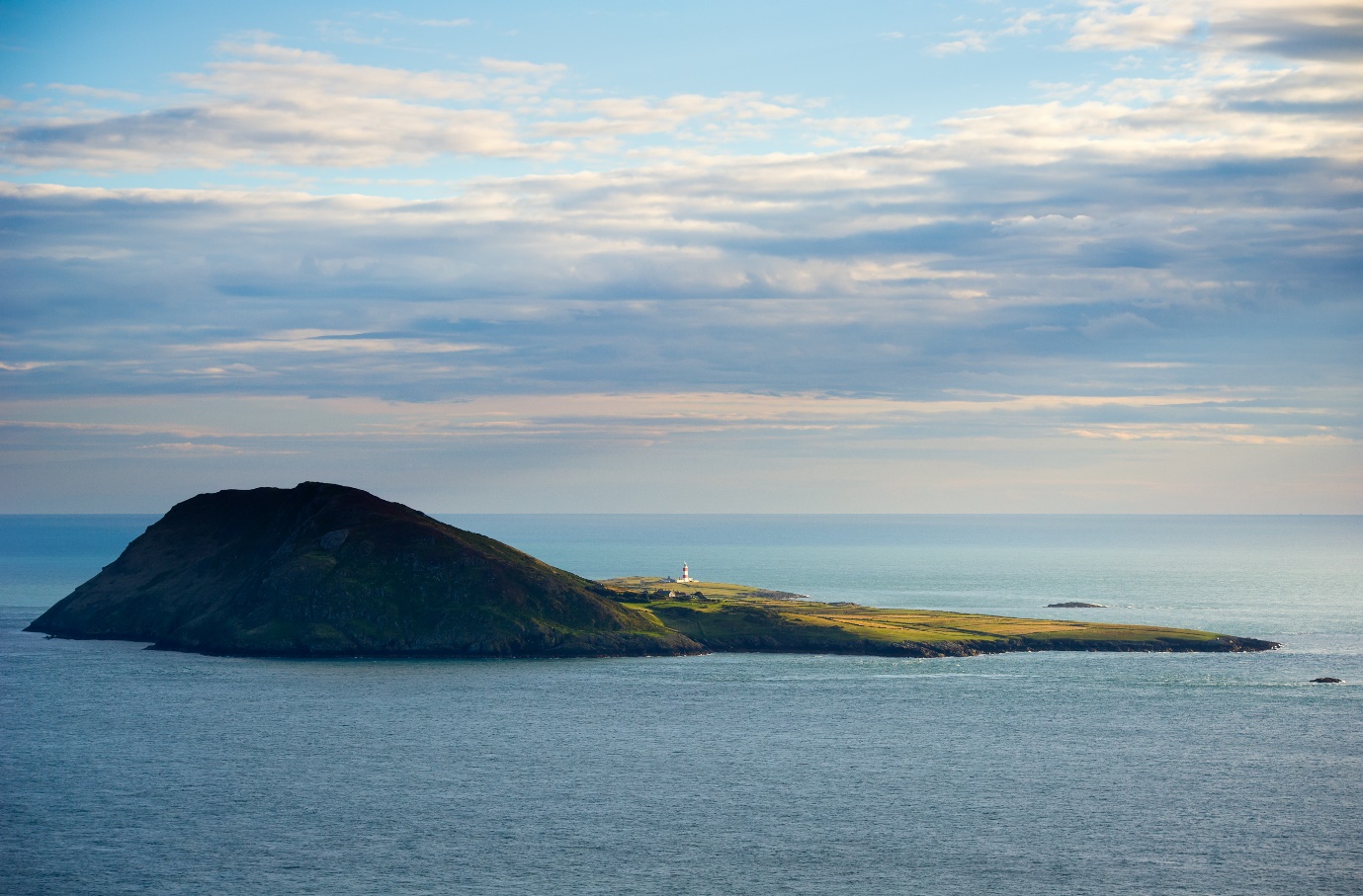 Bardsey Island has been an important pilgrimage site as far back as Medieval Times, known as Ynys Enlli by the Welsh tongue as well as the Island of the Currents by its literal translation, and it sits across from Wales’ rugged Lleyn Peninsula.

The island is a haven for nature walks, with migratory birds, dolphins, porpoises, rare butterflies and what has been claimed to be the oldest apple tree in the world, and there’s a further draw to the island for historians in the claim that Bardsey Island is the burial site of King Arthur.

Known for its community spirit, cultural heritage and wildlife- despite being only three miles long and one and a half miles wide, Fair Isle is a unique part of Scotland. Some of its inhabitants include black guillemots, fulmars, puffins and razorbills to both grey and common seals as well as whales and dolphins.

Located in between Orkney and Shetland, the land had been owned by the National Trust for Scotland since 1954, and now most of its citizens can be found at the southern end of the island.

It may come as a surprise to many that there is quite a lot to do and see in Fair Isle. The Fair Isle Bird Observatory is world famous for its scientific research around bird migration and seabird breeding colonies, while the George Waterston Memorial Centre and Museum is the place to find a huge collection of artefacts which offer a glimpse into the location’s rich past. There’s even a golf course — arguably the most remote one across all of Britain. 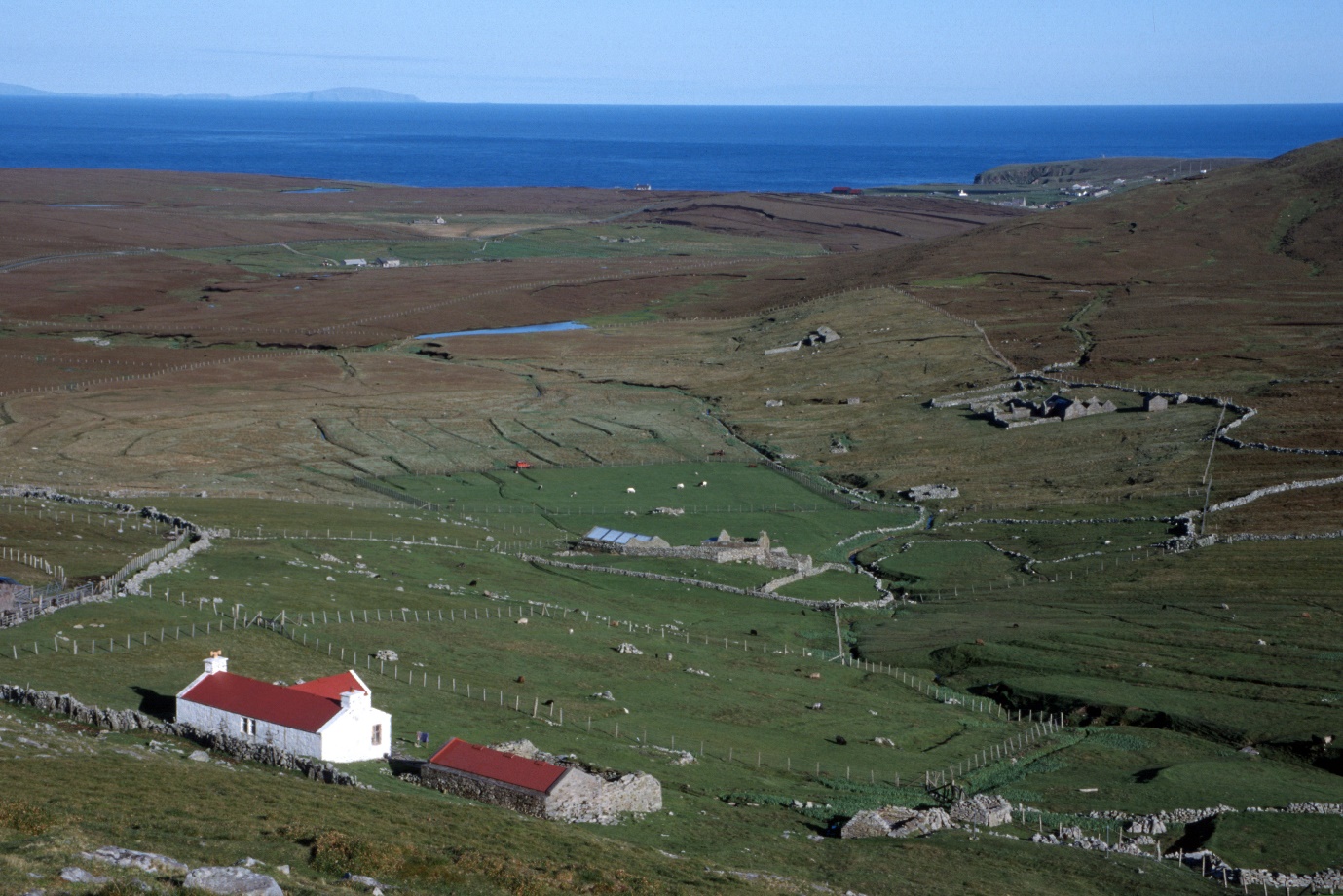 The name of this place translates to ‘bird island’, and it is home to one of the largest colonies of Great Skuas — or bonxies — across Britain, located 20 miles to the west of Wells in the Shetland Islands.

As well as being a hotspot for wildlife, Foula is also host to the 1,200 foot high Da Kame. These cliffs rise so high from the sea that on a clear day views can be enjoyed from their tip all the way across to neighbouring locations like Unst and the above mentioned Fair Isle. 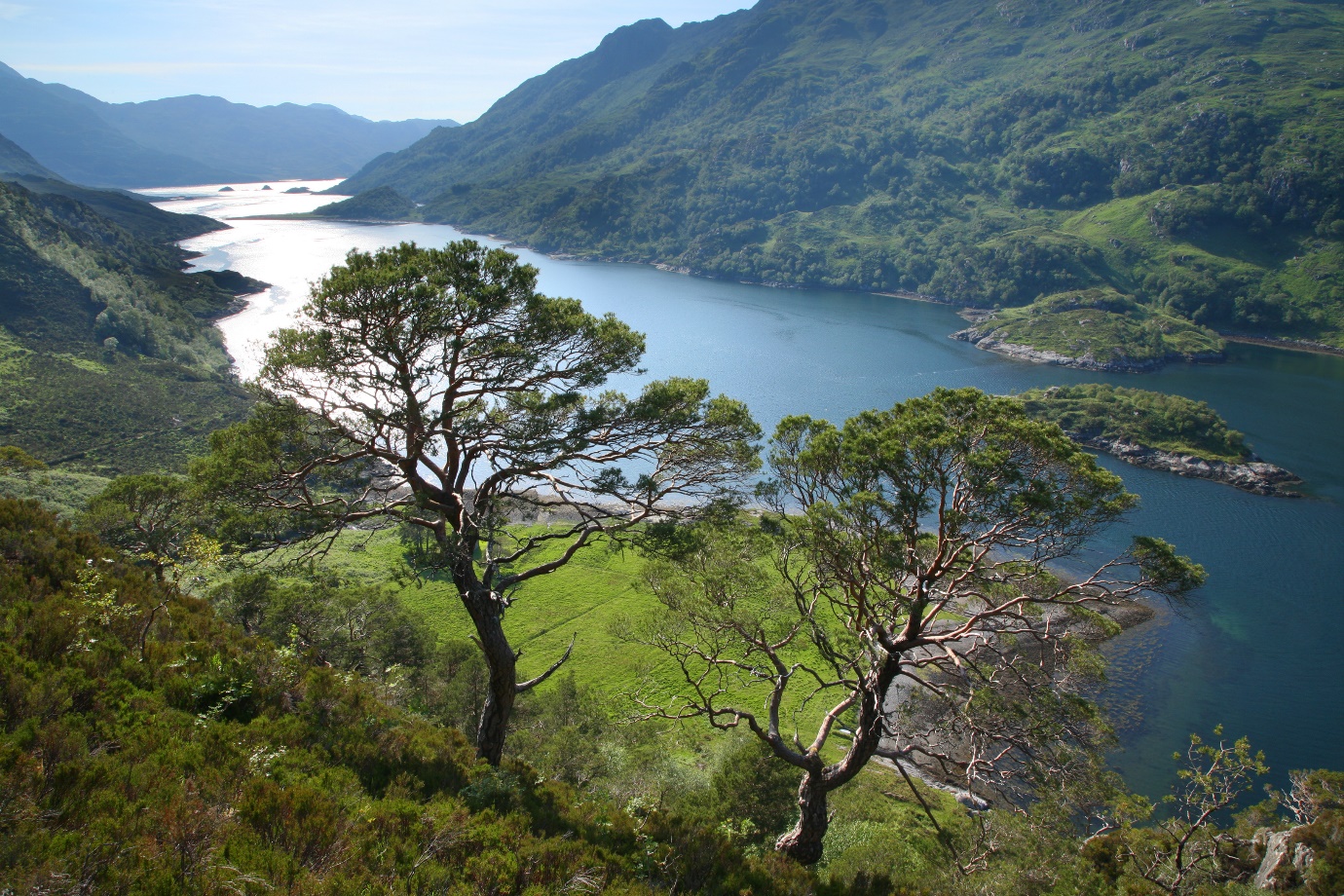 This 55,000-acre site can only be accessed by boat or foot, an indicator to the extremely remote setting of the Knoydart Peninsula.

The Knoydart Peninsula has been recognised as one of the last existing great wilderness areas in Scotland, located between Loch Hourn and Loch Nevis in the Lochaber district of the Scottish Highlands.

This location is unrivalled when it comes to scenery, there are many surreal panoramic views to take in from the island with rugged mountain passes and sandy coves to explore.

The main settlement of The Knoydart Peninsula is Inverie, home to a primary school, post office, a selection of community shops, the Knoydart Pottery & Tearoom and The Old Forge Inn — the most remote place for a pint in the UK! 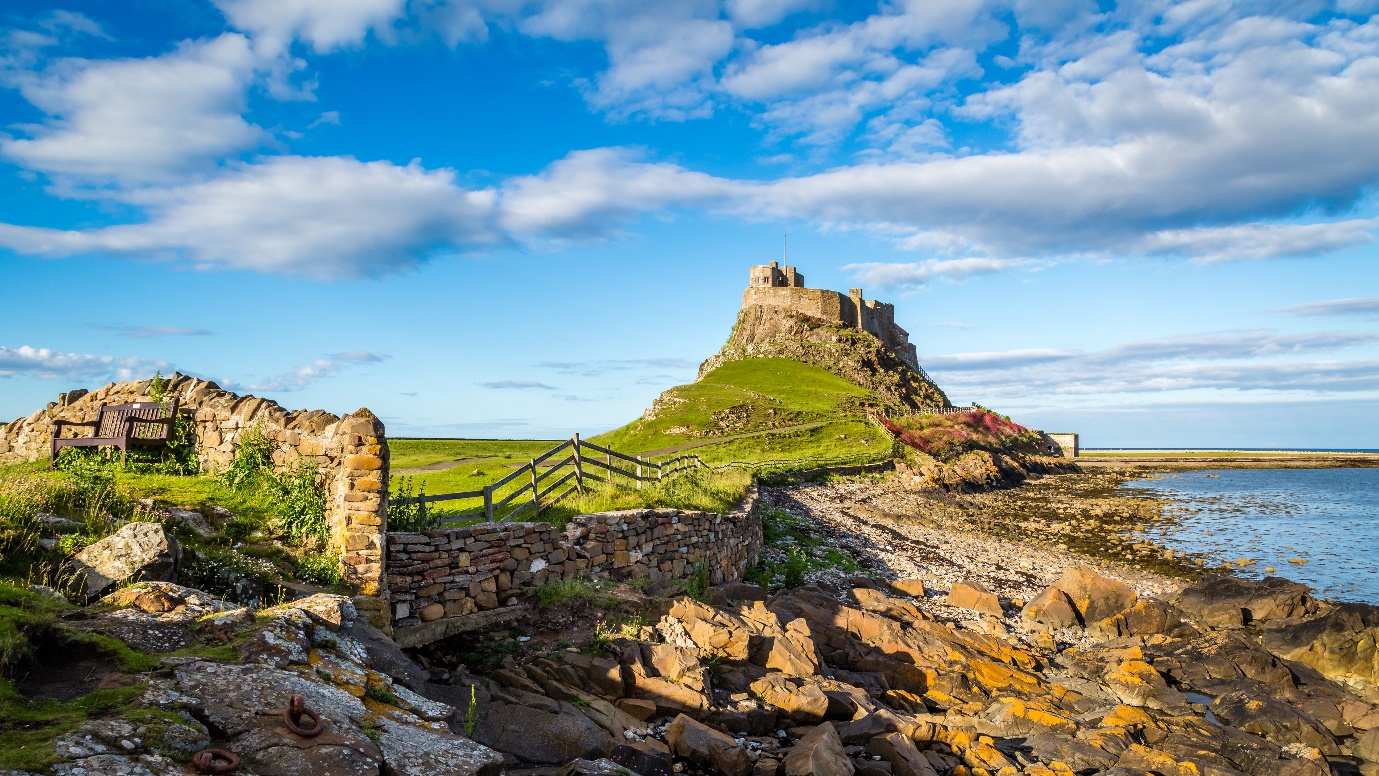 The Holy Island Of Lindisfarne, Northumberland

The causeway leading to the Holy Island of Lindisfarne, off the Northumberland Coast and the birthplace of England’s Christian Heritage, can become entirely submerged beneath high tide, making it hard to compete with in terms of remoteness.

The island has an array of activities to keep visitors busy. A peaceful and unspoiled land awaits, as does Lindisfarne Priory. Once the home of St Oswald, it was here that the precious Lindisfarne Gospels were created.

The iconic 16th century Lindisfarne Castle has had a quirky makeover recently, as architect Edward Lutyens transformed the castle into a striking holiday home, atop one of Lindisfarne’s craggy hills. 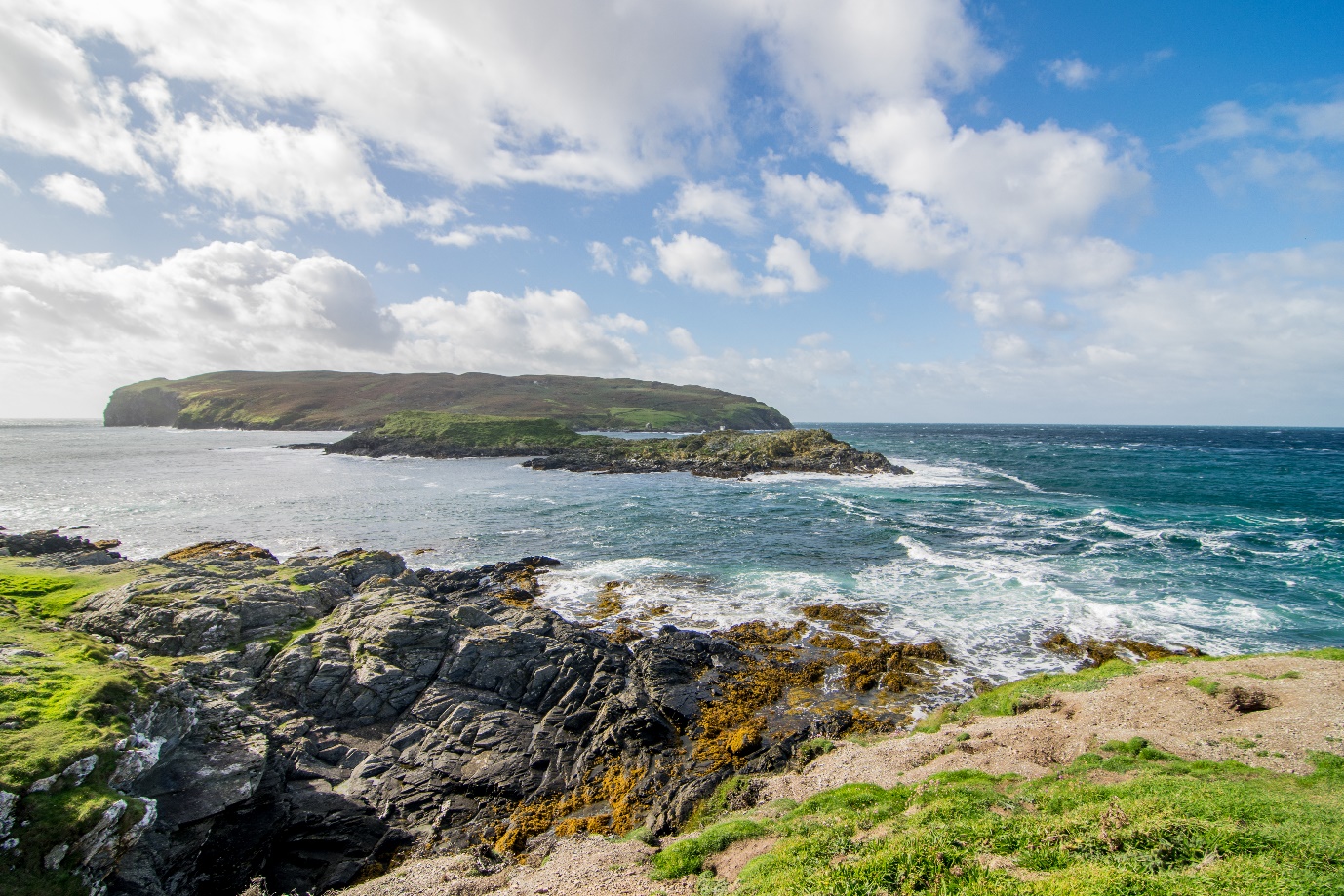 Calf of Man, Isle of Man

You’ll find the Calf of Man at the southern-most tip of the Isle of Man, an island stretching only one and a half miles long and one mile wide. It’s surprising just how much can be packed into this 600-acre rocky outcrop though, which is currently owned by the Manx National Heritage.

Nature is a real draw to this island, with a bird observatory that is home to many species, both seabird colonies and migrating species alike, as well as a huge population of rabbits. Fans of nature will also be happy to hear that the island is primarily a destination filled with flat heathland and coastal grassland, while ancient burial grounds will appeal to those seeking history.