Among travel destinations for Chinese tourists, San Francisco has become a major U.S. stop. According to a recent report from the International Trade Administration, San Francisco International Airport served a record 50 million passengers in 2015 alone with the leading growth market into the city coming from China.

Today, more than 21% of San Francisco’s population is of Chinese descent, with the Chinese accounting for the largest Asian American group in the city and, in fact, the highest percentage in any major U.S. city. San Francisco’s Chinese ancestry dates back to the 1850’s when immigrants arrived mainly from the Guangdong province, Hong Kong, and China to take jobs supporting the Transcontinental Railroad or the early Gold Rush.

San Francisco’s Chinatown is as old as the Chinese migration itself. Chinese immigrants settled in San Francisco, which was the port of entry at the time and a major center of commerce. Now, this iconic Chinatown is the oldest Chinatown in the country and a major tourist attraction, with more visitors annually than the city’s famous Golden Gate Bridge. 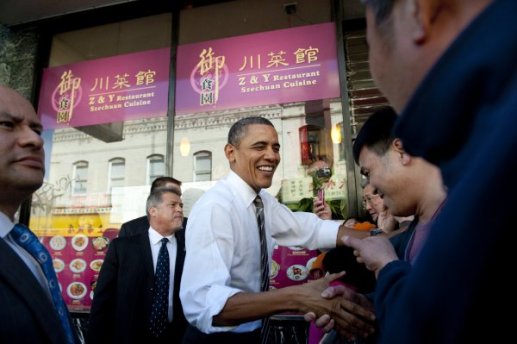 Of interest, many of the tourists who visit San Francisco and particularly its Chinatown are coming from China. Both the San Francisco Travel Association and San Francisco International Airport have been marketing the city from an office in Shanghai since 1999. Nine years ago, they opened a second office in Beijing.

Tourism alone is responsible for more than 87,000 jobs in San Francisco and the city’s mayor, Ed Lee, reports that Chinese tourists are showing up in groups of up to 100 at a time. Intercontinental Hotels Group expects that the number of Chinese tourists coming to San Francisco will triple over the next ten years. By 2021, the city could see 1.5 million Chinese visitors who spend more than $600 per person each day.

As Chinese tourists flock to the City by the Bay, there are plenty of sights, sounds, and tastes to keep them satisfied. Of course, no trip is complete without spending time in the city’s Chinatown that is rich in the history and culture of the Chinese immigrants to San Francisco. Chinatown has many events such as the annual Autumn Moon Festival and the San Francisco Chinese New Year Festival and Parade.

Chinatown’s restaurants are widely known as the birthplace of Westernized Chinese cuisine, but you can find much more than Chop Suey in the district. In fact, there are also several places where Chinese tourists will delight in authentic Chinese cuisine. A favorite among locals and visitors alike is Z & Y Restaurant, an award-winning restaurant that offers traditional Sichuan cuisine in the heart of Chinatown.

Other popular activities and sites to visit among Chinese tourists include Fisherman’s Wharf, shopping in Union Square, and riding the city’s classic Cable Cars. Some visitors also take the opportunity to visit nearby Silicon Valley, which is the home of Stanford University. Road trips along the scenic US 1 or to Yosemite National Park are also increasingly popular, using San Francisco as a starting point.

California is a leading destination in the U.S. for Chinese travelers, and San Francisco tops the list of must-see cities for many of these tourists. The influx has become so great that state’s tourism board has a new initiative called “Global Ready” to help the state’s tourism industry better serve global travelers. San Francisco is also working on a program called “China Ready” to educate businesses as well as recruit more Mandarin-speaking staff