Train stations have long been transient spaces: a passage from one place to another. But transport hubs serve much more than this purpose; they are a setting for community interaction and a place that fosters a true feeling of potential. Now, artists are embracing this flux of time, space and identity to exhibit some of their most significant works in public space.

In 2016, Italian painter and video maker Emilio Leofreddi exhibited his Flying Carpet installation at Mumbai’s bustling Chhatrapati Shivaji Terminus. By deconstructing a digital print of a train ticket and disfiguring its pixels into knots of a carpet, he aimed to present the ticket in an oneiric space of smells, colours, touch where value is generated by its cultural, social and religious function.

Part of a festival known as “Encounters: Bori Bunder @ Platform 8”, organised by Art Oxygen, the exhibition also saw participation by artists Owais Husain, Andrea Caretto and Teja Gavankar. Husain’s installation, entitled You Are Forever, comprised a stack of metal trunks upon which a colour video on the themes of memory, loss, displacement and migration was projected.

What’s the appeal, then? Husain explains that he likes to engage an accidental audience in a public domain. He feels public installations, like the Bori Bunder at CST’s platform No. 8, allow artists to take their art out of an institutional structure and make it part of a daily routine. That’s just what’s happening, as public art is turning the world’s train stations into exhibition centres.

What is public art?

According to the Association for Public Art, what distinguishes public art is the unique association of how it is made, where it is, and what it means. It is a reflection of how we see the world and acts as a chronicle of our existence.

Public art can express community values, heighten our awareness and lead us to question our assumptions. It’s part of our shared history and evolving culture. It is art for everyone; a form of collective community expression.

Public art can be a spectacle, or a subtlety. While some installations are officially commissioned, many more are stealthily assembled, guerrilla-style. Renowned British street artist Banksy is certainly the most revered of these artists, whose works are often shocking, fun and provocative, but not always met with such a favourable reception: in 2007 TfL painted over Banksy’s iconic interpretation of a scene from Pulp Fiction, estimated to be worth around £300,000, as graffiti “encourages crime”. 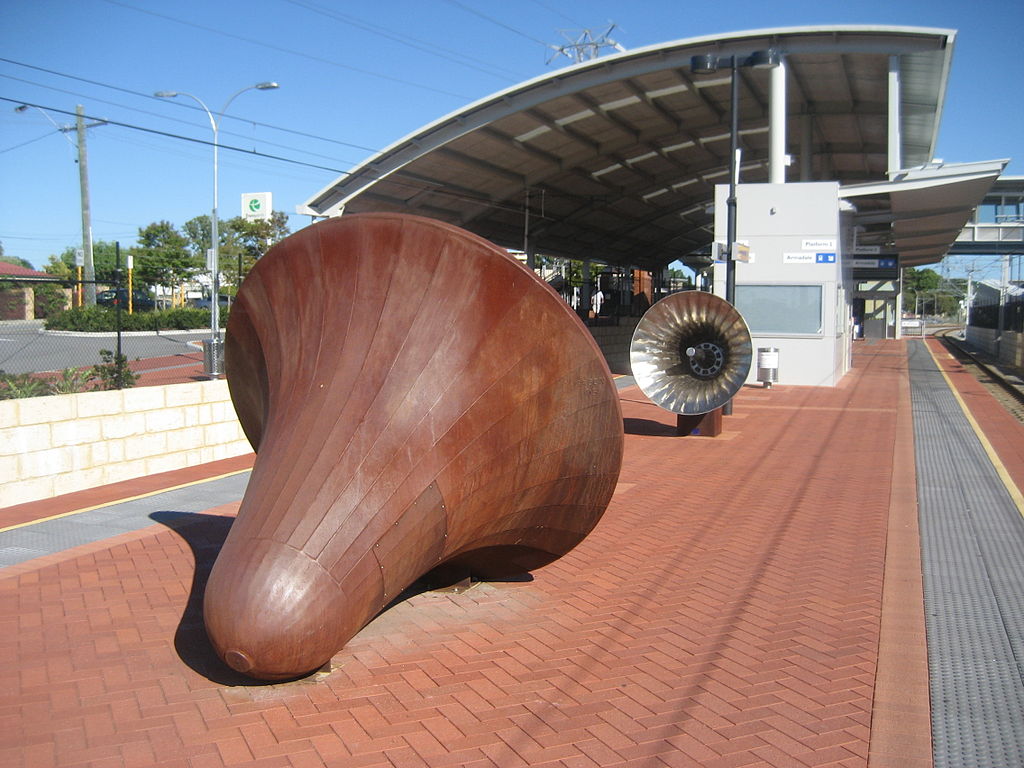 Why do train stations make welcome homes for exhibitions of public art?

Train stations, airports, bus stations, and ports give us the sense of transition, of being between worlds, between times, between experiences. It’s where we are most permeable to nostalgia, and to new ideas. In literature such as Ernest Hemingway’s Hills Like White Elephants, the train station symbolises a watershed transition from one state to another. In Leo Tolstoy’s Anna Karenina, travelling by train ushers in a new era, a changing state of responsibility, and all the potential that entails. Patricia Highsmith’s Strangers on a Train affords travellers complete anonymity.

It’s no wonder stations and public art make good bedfellows. Stations themselves have long been celebrated as wonderful examples of stunning architecture and art. From the spectacular Gothic Revival architecture of London’s St. Pancras International, to the Art Deco and Spanish Colonial style of Los Angeles Union Station, to the undulating roof of Melbourne’s Southern Cross Station, the dramatic design featured in these transportation hubs makes for a spectacle of an entrance to equally as incredible cities.

Such is the appeal that Paris’ disused train stations are being transformed and repurposed, some becoming music venues, gardens, bars and galleries in what has been described as a “unique cultural and artistic expression.” 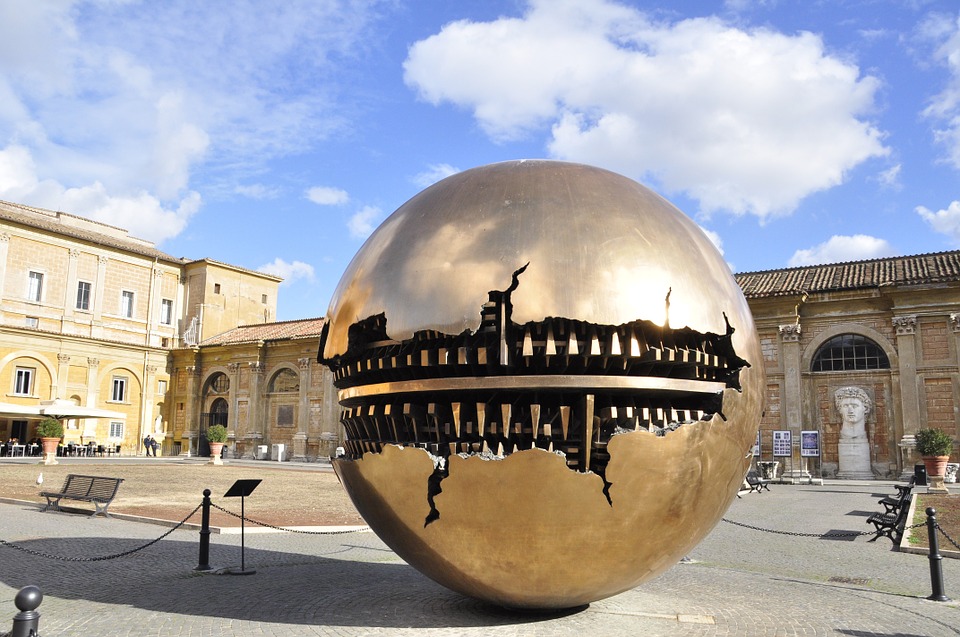 The world’s transport authorities are keen to promote public art

NYC’s new Second Avenue line is to become the largest permanent public art installation in state history. That’s due to large-scale installations that fill the Second Avenue Subway’s four stations. These public artworks join the extensive underground art museum funded and commissioned by MTA Arts & Design, who estimate there are more than fifty new artworks in progress at any given time.

This follows in the footsteps of Stockholm’s fine example. At 110 kilometres long, the Swedish capital’s subway system is said to be the world’s longest art exhibit. More than 90 of the city’s 100 subway stations are adorned with mosaics, sculptures, paintings, installations, engravings and reliefs by over 150 artists.

Integrating art and infrastructure has been a key focus of architects working on London’s Crossrail transport project in the UK. A dedicated charity, The Crossrail Art Foundation was founded to promote art for the benefit of the public and to help deliver an integrated exhibition of public artworks by internationally renowned artists, sympathetic to the location of the given station.

By welcoming installations of public art, city administrators prove their dedication to supporting creative projects in the public realm. Not only does this give a platform to those in the increasingly difficult art industry, it breathes new life into these spaces, transforming the train station from a departure point into a destination.