As the third largest metropolitan area in the United States, Chicago saw significant growth in the fiscal year from November of 2015 through the same month in 2016. The area provided 23,200 new jobs during that time period as reported by the Bureau of Labor Statistics and the growth rate was reported as being 2.9% year on year. With a large number of major employers seeking top talent, many young professionals are continually migrating to the area.

However, many choose not to live within the city itself but instead opt to check out sites like http://www.connorgroup.com/apartments/chicago to find high end apartments that feature all the amenities they desire but in a location a bit removed from the chaos that is inherent in any large city. What they are proving is that you really can live the good life in the Windy City – from the outside in.

Suburbs Chicago Can Be Proud Of

While there are dozens of suburbs in multiple counties, it’s hard to say just how many depending on whose statistics you believe, there are a few that stand out in the pack. Buffalo Grove was named the best suburb for families by the Chicago Tribune while Naperville and Arlington Heights are said to be ideal for young professionals on their way up the corporate ladder. In any event, year after year one or another of Chicago’s suburbs is winning some kind of state or national award.

Crime rate is much lower in the suburbs and many of the industries that once called Chicago home are also migrating to the suburbs where there is better access and parking due to significantly lower amounts of traffic, and rents are cheaper as well. So, if you’ve chosen to make your home in Chicagoland, chances are you’ll be living the good life in Chicago from the outside in. 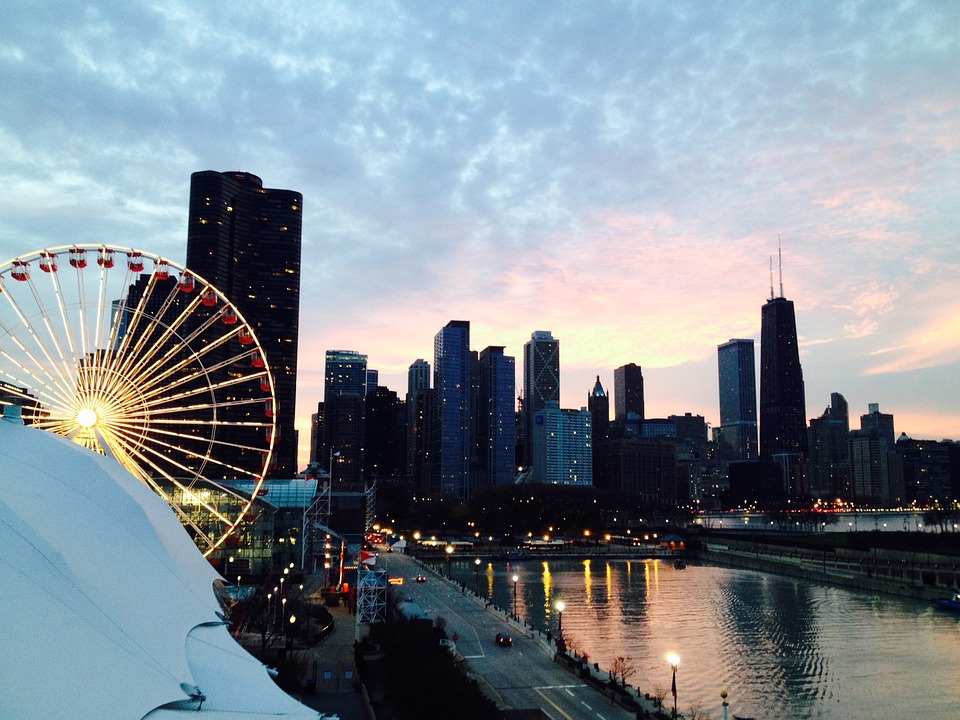 Where to Go and What to See

If you are new to the Chicago area and have just rented a luxurious apartment or bought a high end home in one of Chicago’s lovelier suburbs, you’ll want to know where to go or what to do when you first come to the area. You’ve landed a cushy job and are eager to get out and about to see all that the Windy City has to offer, besides wind that is!

Where you go would depend largely on what interests you. From museums to some of the nation’s best shopping malls and plazas, there is so much to see and do that you could read volumes on the subject and still never learn about all there is to see of interest. Perhaps you would want to start with the most popular tourist traps and work your way around town from there.

Something you may not know when moving to Chicagoland is that the Windy City is often called the Home of the Skyscrapers. This is where the first skyscraper in the nation, and in the world for that matter, was built.  Designed by William Le Baron Jenney, the Home Insurance Building was ten stories high, an amazing height for that point in history because the year was 1885. Many people think that NYC was home to these mammoth buildings, but actually, Chicago holds that honor.

Not only did Chicago see the first skyscraper, but for decades it was also home to the tallest building in the world, the Sears Tower, now called the Willis Tower. Even so, most people still refer to it as the Sears Tower and that is okay by anyone hailing from Chicagoland. Those are just two notable buildings and if you are going to make your home here, it would do well to take a tour of the city someday and see other iconic buildings that literally put Chicago on the map.

Interestingly, Chicago’s Millennium Park was supposed to be open in time to commemorate the new millennium, hence the name, but it wasn’t officially opened until 2004. Now, just thirteen years later, this 24.5 acre park in the heart of Chicago has become the number one tourist spot in all of the Midwest. Admission to the park is free and within is another huge attraction in Chicago, Cloud Gate which resembles liquid mercury, the inspiration for Anish Kapoor’s sculpture.

Even though the park opened four years after the fact, the name remained and this urban park is one any Chicago resident should become familiar with. It is, after all, a huge attraction and you are bound to be asked many questions by those you meet who are new to the area. You don’t want to sound like a newcomer, do you?

It is true that most young professionals choose to call the suburbs their home but it is also true that young families appreciate the fact that the suburbs are also home to many award winning schools within the State of Illinois. Many people believe the reason students do better here is because of the advantages that come along with affluence. Many of Chicago’s suburbs are indeed home to the elite of Illinois, and children being raised with advantages do tend to score higher and perform better.

Luxurious Suburban Living with All the Benefits of a Major City

One thing you’ll always have going for you in the suburbs of Chicago is the fact that you’ll have all the benefits of a major metropolitan area such as shopping, dining and major attractions to keep you busy but a quiet enjoyment not possible in a city with over 9 million residents. There will always be something to do and something to see and you can have the best of both worlds.

So, if you are being transferred to the Windy City, take heart. It is possible to live a quiet and luxurious life while being close enough to the thrills that are part and parcel of the nation’s third largest metropolitan area. Isn’t that like having your cake and eating it too? It’s probably as close as you’ll ever get to doing just that!