Audi, during its lengthy history as a car manufacturer has developed a reputation for good quality German engineering. Responsible for some of the most luxurious and performance driven vehicles on the planet, it should come as no surprise that many of these vehicles have featured in the flicks. This article from Vindis, who offer Audi servicing, will examine Audi’s relationship with the big screen.

Marvel Cinematic Universe is considered to be one of, if not the largest, and most successful collective of films of all time. With 23 films released to date, a total of $22.58 billion at the box office, and more movies still to come, things can only get better — including the upcoming release of Black Widow, featuring Scarlet Johansson and Robert Downey Jr.

Car and superhero fans will be in their element thanks to the series as Marvel offers everything — a chance to see some of your favourite superheroes in action, while getting the opportunity to admire a collection of stunning Audis. In each of the standalone Iron Man films, at least one Audi has featured. A 2007 R8 and S5 B8 can be found in the first movie, a 2009 A8 LD3 and 2010 R8 Spyder are spotted in the sequel, and a 2012 S7 and R8 e-tron both feature in Iron Man 3. The R8 e-tron also turned up at a VIP screening of Iron Man 3 at London’s Leicester Square a few days before the movie’s general release!

Audis didn’t only feature in the Iron Man films, Captain America: Civil War was pretty jampacked with them as well. Within its two hours and 27 minutes runtime, you can see the 2017 Audi R8 V10 Plus, the 2017 SQ7, the 2017 A4, the 2016 A7 Sportback and even the Audi prologue concept car — a vehicle hailed as “a ‘signature car’ for Audi” by Prof. Dr. Ulrich Hackenberg, Board Member for Development at Audi.

Don’t be fooled into thinking that this was the end either. Be on the lookout for an Audi R8, A6 Hybrid and A3 as you watch the excitement unfold in Avengers: Age of Ultron. Plus, there’s an Audi TTS Roadster, R8 Spyder, Q7 and A8 during Spider-Man Homecoming — the first standalone film by our favourite web-slinger since he became involved in the Marvel Cinematic Universe. Alongside this, they’ve also made some other pretty impressive cameos too. An R8 Spyder features in The Wolverine — the titular protagonist’s actor Hugh Jackman even turned up at the London Leicester Square premiere of the film in the same car — and an A8 plays a role in the 2015 big screen edition of Fantastic Four. 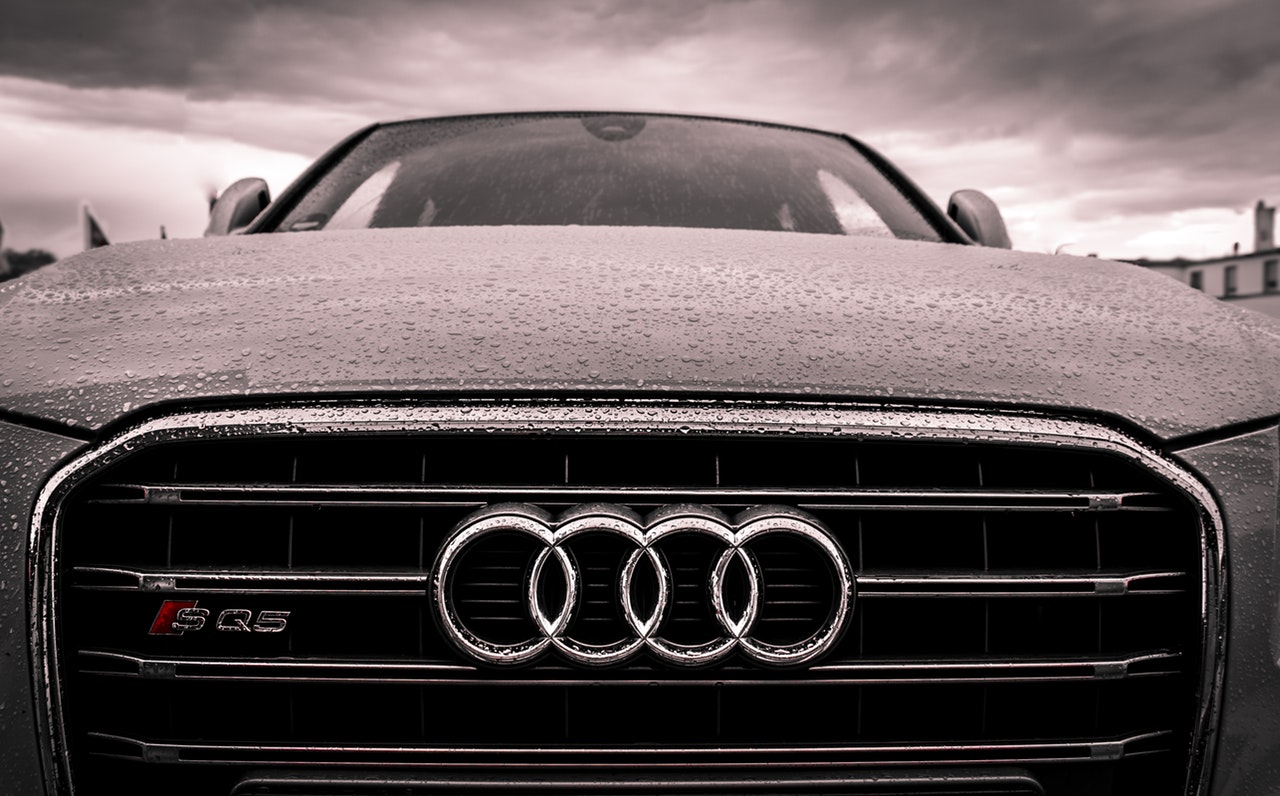 Back in 2015, E.L. James’s books about the relationship between affluent businessman Christian Grey and journalist Anastasia Steele, were adapted for the big screen, and Audi were there to help.

The plethora of appearances made by the German car manufacturer can be explained by the deal they had recently entered into with Universal Pictures. That said, we are confident Audi will have been chuffed with their decision to enter into business with the film producer, considering the movies have successfully topped $1billion in the box office. Fifty Shades of Grey, the first movie in the three-part series featured an Audi S8 D4, an R8 Spyder, and a 2017 S7. In the sequel Fifty Shades Darker, a set of Audi Q7 cars and an A3 took centre stage, with both the R8 and Q7 returning for Fifty Shades Freed.

Ethan Hunt was getting himself ready for another mission that only could conquer back at the start of the millennium. Meanwhile, Audi were preparing to place Nyah Nordoff-Hall, the nemesis of the character played by Tom Cruise, in one of their cars. Hunt is behind the wheel of a Porsche Boxster and Nordoff-Hall tries to hold him off while driving an Audi TT — suffice to say that the pursuit between the two German-made cars into oncoming traffic is filled with nail-biting and edge-of-your-seat drama!

Mission: Impossible – Fallout may be still pretty fresh in the memory however; we’re recommending whipping out the DVD player and grabbing some popcorn to indulge in some quality German engineering.

Don’t forget one of the greatest car film series’ of all time. After all, this is a series which features street racing, heists and espionage using all manners of vehicles and has so far spanned eight main series entries and two additional short films — grossing in excess of $5 billion to date!

Let’s revert back to the main series. In the early moments of the seventh film, which featured one final appearance from the series regular, Paul Walker, who was tragically killed in a car crash while Furious 7 was being filmed, the Audi R8 made an appearance. A movie that clutched at the heartstrings of all those watching included the Audi in a battle against a classic Plymouth Barracuda.

Interestingly, all the previous vehicles that have been drawn upon can be spotted on your day to day commute. I, Robot however, offered viewers a window on the future, with car enthusiasts given the opportunity to see what Audi cars may look like in the year 2035, to be exact. Titled the Audi RSQ, this vehicle was the first time Audi had ever designed a car that was specifically developed to be used in a Hollywood motion picture. Basically, the RSQ was the vision we now have for autonomous driving. The vehicle allowed Will Smith’s Chicago police detective character Del Spooner to press a button to enable the car to take control of the driving.

Running on balls as opposed to wheels allowed the Audi RSQ the ability to successfully drive diagonally. However, the typical single-frame grille and the presence of those four instantly recognisable silver rings let viewers clearly know that this car was without question an Audi.