The latest in fashion is influenced by a variety of sources. There’s no doubt that clothing manufacturers set certain trends by what they produce each season. Fashion shows help give people inspiration for current and future trends. Celebrities play a big role in hyping up demand for a variety of clothing items and accessories. What some people may overlook is the effect that celebrity children can have on the fashion industry. We’ll point out four trendy celebrity kids below who are setting the world of fashion and clothing on fire in one way or another, and who may give you inspiration for your own wardrobe and those of your children.

Following in his father’s footsteps in regards to being well-dressed, Romeo Beckham is a trend-setter in his own right. Whenever he shows up on the red carpet, he looks as dapper as his dad – sporting stylish three-piece suits, fine footwear and many different accessories depending on the outfit. Despite being just 13, he has garnered a lot of recent attention in both formal and casual attire. Whether donning a casual pair of black jeans and a denim shirt or showing off his true colours with a jersey, he is bound to turn heads wherever he goes and in whatever he wears. 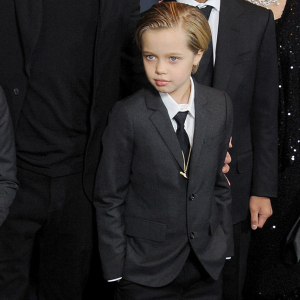 The daughter of world-renowned superstar couple Angelina Jolie and Brad Pitt, Shiloh Jolie-Pitt has had eyes on her since the day she was born. Attracting attention wherever she goes, even casual outfits can be spun into hot new looks by the fashion police and media outlets. A casual dresser like most young children, Shiloh draws inspiration for her clothing choices from her brothers and prefers functionality over aesthetics. Whether she is donning a pair of cargo shorts or a band tee, her trendsetting ability for young girls sets the example that everyone should dress how they like. 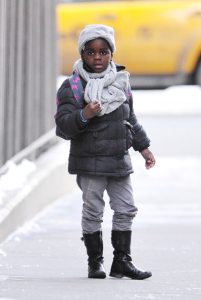 The 10 year-old daughter of Madonna, Mercy James Cicconi comes from a very powerful celebrity family and commands plenty of attention whenever she is spotted in public wearing something new. Whether she is sporting a pair of red hot sunglasses or a new summer dress, countless mothers rush out to find where they can grab the cute and stylish outfits worn by her. Just a few of the various fashion items you’ll catch Mercy James wearing in public include ballet flats, crewneck sweaters, flare jeans and skinny pants – all of which can be paired with one another in some way, shape or form. 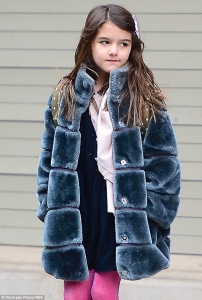 The daughter of former world power-couple Tom Cruise and Katie Holmes, Suri Cruise can often be spotted in a variety of trendsetting wardrobes and outfits. Whether returning from a ballet recital donning brightly coloured mid-calf boots and a matching purse, or playing with friends in a tie-dye sequin dress, the paparazzi can’t get enough of her constantly-rotating outfits and ensembles. Born and raised in one of the biggest fashion hubs in the world – New York City – her sense of style is never far removed from the pulse of the fashion industry.