Over the next few years, fintech developments will change the world. We’ve already started to see how the blockchain is influencing how banks operate. Just last month PNC Bank announced it would be using the cryptocurrency Ripple (XRP) as a go-between for international payments. Here’s a peek at four more fintech concepts that have a chance to revolutionize the way we do business in the future.

Neobanks may be poised to destroy banking as we know it. They provide their services like checking accounts and savings accounts without offering traditional brick and mortar branches. Neobanks are not usually considered banks and therefore do not have coverage from the Federal Deposit Insurance Corp (FDIC). Instead, these banks partner with other banks who are FDIC-insured, so you’re operating through them with another banking partner. An excellent example of a neobank operating in the U.S. is Chime, which partners with Green Dot to make deposits easy. Neobanks are ideal for consumers who are distrusting of traditional financial institutions, or young people looking to avoid overdraft charges. Neobanks merely decline your card instead of accepted it and attaching a fee to the transaction. 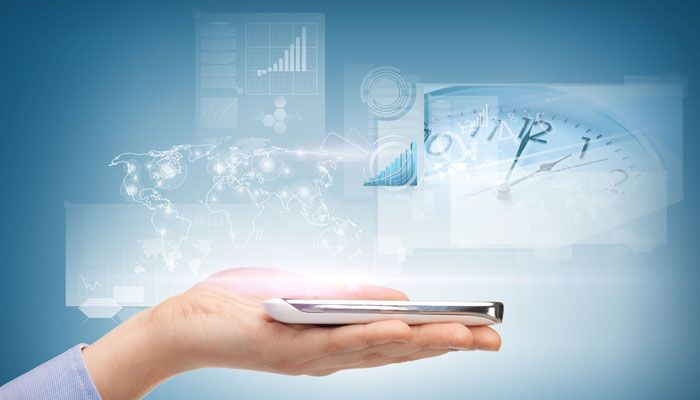 Asset financing is becoming a wing of smart electronics divisions, offering consumers their technology on a pay-as-you-go plan that supplants most carrier options. For example, Taiwanese HTC partnered with TD Bank to offer to finance options on all of their smartphones and tablets. Consumers pay $0 at purchase and instead pay a bill monthly. Once the bill has been paid, the companies tend to keep the credit line open for future purchases. PayPal has been experimenting with this feature too with its PayPal Credit. The service offers traditional credit cards, but PayPal users can apply to use PayPal Credit at checkout and receive six months of interest-free transactions. This type of financing is changing the way people think about purchasing assets.

Consumer financial health has been a bit murky since credit-based transactions started gaining prevalence in the early 1960s. Consumers know their credit score is important to their chances of receiving a loan or credit card, but have rarely had the means to access it. Equifax, TransUnion, and other credit organizations charge for a credit report. Services like CreditKarma and Credit Sesame help customers stay on top of their financial health by tracking their credit score and showing them negative impacts in an easy to follow breakdown. The result is more consumers are getting financially-savvy. These sites make their money as credit card affiliate services, offering credit cards to those with good credit and recommending cards to people with poor credit that will help them build a better credit profile.

Blockchain technology is spreading beyond the world of fintech. Some experts are saying that it could revolutionize industries that rely on data transmission and logistics, such as the shipping and medical industries. As a decentralized ledger that tracks every change made in real-time, the blockchain could make losing packages impossible in the future. Several companies are experimenting with the possibility of integrating blockchain technology into other industries. The blockchain chatter on StockTwits is reaching epic proportions, indicating that this single technology could disrupt multiple sectors.