Tiffany and Co’s newest Multi-heart Tag Bracelet stuck a symphony of reaction cords with Jewish writer Joanna Rothkopf, who wrote on Jezebel: this is the bracelet for the queen of the bat mitzvah girls.

A Bar or Bat Mitzvah is a hugely important rite of passage and celebration for Jewish children and their families. Marking a young man or woman’s entry into adulthood and adult worship at age 13, it signifies a significant childhood event.

Granted this is typically marked with a larger celebration, but competition between families is surging the cost of these events. The Tiffany and Co bracelet is merely one example of the next level extravagance of these events. 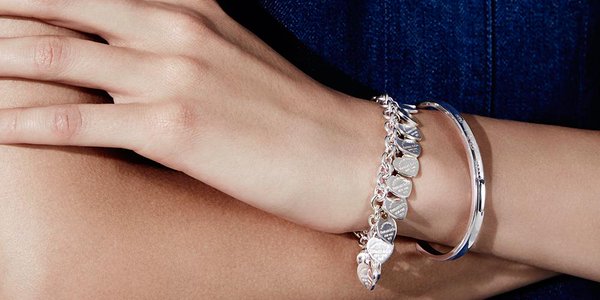 Speaking to Snapdragon, expert event planners who create luxury Bar and Bat Mitzvahs, they remark that they have seen an increase in the overall spend of these events in recent years. They suggest that this is, at least in part, down to families looking to create a truly unique occasion.

With bigger and better bat and bar mitzvahs being put on, the expense needed to go that extra step further only increases. Experiential events were a popular topic in 2016 and this year looks not different, but they come with a price tag.

It’s a millennia-old tradition, but now big-budget Bar and Bat Mitzvahs are making headlines as some of the most extravagant parties around the world.

While industry estimates mark the average Bat or Bar Mitzvah budget at anywhere from $15,000 to $30,000, some of the most lavish Bar and Bat Mitzvahs of New York City’s elite run 6-figure budgets, with some destination bashes soaring to $5 million.

Parents are splashing the cash on top event entertainment too

Owing to demands on DJs to play emcee, it’s been calculated that Bar and Bat Mitzvah services cost an average of 32% more than those for weddings and 93% more than birthday parties. In cash terms, a DJ’s Bat or Bar Mitzvah fees are on average $800. A Mitzvah DJ is expected to be a showman, playing the crowd and coordinating the event. Case in point: Paul Rudd started his career as a Bar Mitzvah DJ.

Entertainment-wise, there are plenty of themed Bar and Bat Mitzvah experiences, video games, jewelry making—and even celebrity performances, racking up bills as much as $10 million. David H. Brooks, the former CEO of a body armor supplier to the US military, reported as much for what he paid at his daughter’s Bat Mitzvah where he contracted 50 Cent, Tom Petty, and Aerosmith to perform.

Bar and Bat Mitzvahs are ever more high tech

One new trend that’s been described as “delightful” is a new tendency for children preparing for their Bar or Bat Mitzvahs to post invites online, staging elaborate pitches and recruiting the assistance of high profile celebs to give guests a taster of the event to come.

Another trend is the whole family acting in mini movies that are projected in a short video to the crowd. Video montages have always been popular, but one New York planner says it’s becoming more common for parents and children to write scripts that mimic TV shows like Modern Family or Family Guy that recruit every member of the family to play a part.

Kids are ever more inclined to keep the memory of the day alive by sharing a video of the ceremony and reception to Facebook, Twitter, or Instagram accounts and investing in a record of the day’s events to share with friends and family.

If celebrity entertainment and extravagant jewellery weren’t enough, for the past eight years destination Bar and Bat Mitzvahs have been a fast-growing trend, says Ovation Celebrations president Jack Ezon.

A typical spend ranges from $500,000 to $5 million and averaging $1 million. Some make the trip to Israel for a traditional feel; others have been known to head to the Serengeti on safari. Either way, if you even need to go that little bit further, with bat and bar mitzvahs, where theres a will, theres a way. And a Tiffany’s bracelet to match.