Talk of the “rise of the robots” isn’t anything new. The Orwellian fear that machines will take over the world has been with us for several generations. Now that we’ve evolved past having a Roomba clean your living room and are seeing some advanced technology displace an increasing number workers, rising fear is understandable.

Yes, there will be some jobs that robots can do both faster and cheaper than humans. In fact, an Oxford University study estimates that as many as 47 percent of U.S. jobs are at risk of automation within the next two decades. Other experts don’t believe the outlook to be quite so dim, with some robots either complementing current jobs or opening new opportunities. Here is a list of just ten careers where robots could one day replace humans.

Automation began with manufacturing, and this remains a major focus today. While manufacturing once represented a large percentage of U.S. jobs, many have moved offshore. Others have become obsolete due to the rise of robots in the workforce. The good news is that new robotics technology could bring some of those jobs back to the U.S. or create new jobs in emerging industries.

The news isn’t quite as good for some professional and administrative careers, such as accountants.  One thing technology excels at is doing math, and both families and businesses have increasingly moved to automation for their accounting needs.

While it may seem that replacing a roof is a specialized job, there are many aspects of the job that can be automated.  This is just one example of a profession where robots might complement current jobs, as human laborers and specialists will still be needed on site.

Having your prescription filled by your friendly neighborhood pharmacist could one day be a distant memory. The University of San Francisco (UCSF) Medical Center recently launched a robotics-controlled pharmacy at two of its hospitals. Computers receive orders while the robots fill and package them.

Most of us have heard of Google’s program to develop and launch self-driving cars. While this is great for driver’s, it may not be welcome news for those in the transportation industry who might end up displaced when automated delivery trucks hit the road. 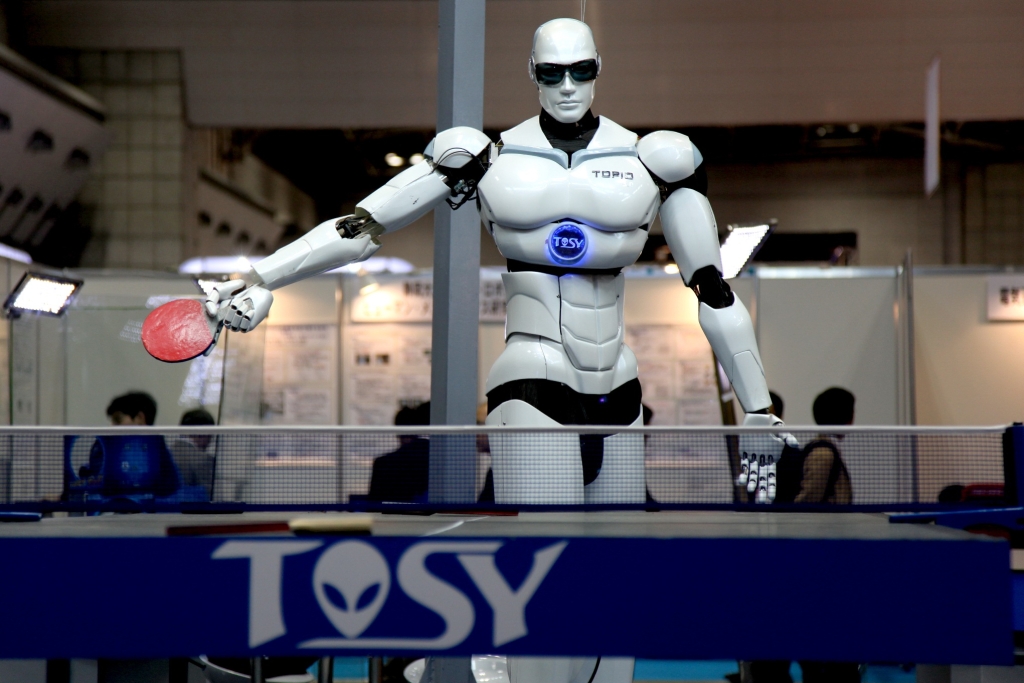 While it’s unlikely that our nation’s armies will ever be completely composed of robots, we’ve already seen some automation with the advancement of drone technology. Other machines are being developed that keep our soldiers out of harm’s way.  For example, the Modular Advanced Armed Robot System (MAARS) is an armed robot that is currently being used in the Middle East.

Would you leave your children with a robot? While most parents would immediately answer with a resounding “no,” the future of interactive robots could change your mind. For instance, some stores in Japan are using robots to watch and entertain children while their parents shop. The robots read stories, tell jokes, and give quizzes, all while tracking the children with a RFID chip.

Machine-generated stories are now more common than you realize (this one was written by a human). The Big Ten Network is already using software developed by Northwestern University, which is a partial owner of Fox Cable, to automate some sports-related coverage.

When was the last time you personally spoke to a loan officer about borrowing money? If it was recently, you might be in the minority because a lot of these jobs have already been automated.  According to Bloomberg, this could be a blessing (unless you’re a loan officer) as reduced overhead might mean lower loan interest rates.

If you’re a paralegal or other administrative worker, it’s also quite possible that your job could be automated in the future. For example, paralegals sift through scores of documents related to codes, statutes, and case law. Specialized software can complete these tasks in a matter of seconds and provide case recommendations.